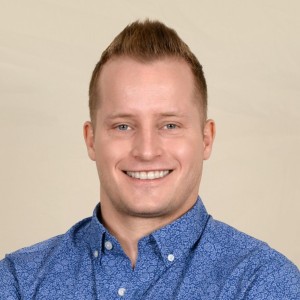 A big part of what we do at SavvyRevenue is working across multiple countries in Europe, especially Scandinavia (Denmark, Norway, Sweden).

This article has two angles:

For the sake of keeping the article brief (yeah right, Andrew), we feel that both angles can be covered in a single article without overcomplicating it.

Comparing Europe with the US, there are a lot of similarities. Europe has many different countries that share land borders and infrastructures. The US has many different states that do the same. Trade agreements make it easy to conduct business across borders.

These comparisons make it easy to think that running an eCommerce company across all of Europe is the same as doing so throughout the US.

I’ve driven from Texas to Oklahoma to visit family on multiple occasions. The culture is very different.

But that’s nothing compared to driving from Germany to Italy.

Or jumping on a two-hour flight from Poland to the UK.

So, don’t kid yourself that you can just open a Google Ads account and run English ads across all of Europe.

I have unique insight into this topic. I was born Danish, lived 20 years in Denmark, and left to start my entrepreneurial career in the US and Latin America at age 22. Most of my career has been spent in the US, and I’ve since started an agency out of Denmark while still living in San Diego.

So, I’m one of the few people in the US online marketing space with a deep understanding of the European market.

But let’s dive into it.

This is one of the things I talk about the most at Savvy. Keep accounts simple.

Complexity will come automatically as your accounts grow.

Complexity is fine when you have one account to look after. But, with multiple countries involved, the complexity doubles or triples just by having the accounts active.

That’s a lot of extra work for whomever manages your marketing. And, often, the new countries come with a lot of added costs (e.g., setting up shipping agreements, new websites, translations, customer service teams, etc.), but I’ve rarely seen the marketing team be beefed up.

Even in large companies.

This is why it’s important to not just blindly copy your native country’s setup, as it might be too time consuming to manage compared to the return you will get on your efforts.

Getting a new country in Europe to 50% of its full* potential within 6–12 months is a massive success.

This can easily be done with a combination of:

So, start there and do not overcomplicate your initial setup.

Everyone is excited about expanding business operations into new countries, especially senior stakeholders (or owners), who often have investments in the new country that need to be paid off.

You’ll also see that there are discounts for getting to x-amount of packages with your shipping provider, so you want to “get the ball rolling” ASAP.

It’s easy to get caught up with the excitement and create a huge setup that’s “perfect.” However, much of what you know from your native country can’t be replicated in new countries.

So, what you think is a great start (taking your current setup and translating it) ends up not working.

We have also been asked many times to launch in multiple countries at once. This is dangerous as well.

If you don’t take it one country at a time, you will spread yourself too thin, and unprofitable ad spend will rack up, which is not in anyone’s best interest either.

When you start expanding your marketing into new countries in Europe, you’ll often only focus on the opportunity but not the risk.

I know we did when we started out. We’ve expanded into eight countries at the same time on two separate occasions.

It’s worked out twice and failed a couple of times.

So now we’re smarter about it.

The main points to discuss internally before deciding on how wide to cast your (marketing) net in a new country are:

Primary vs. Secondary vs. Backburner Countries

The first rule of expanding into new countries is that those countries must show promise before we overdo new setups.

So, again, we try to keep it simple initially by limiting our setup to:

Below, I’ll talk more about this and about how to expand in stages.

The only danger with focusing on three to five categories/brands is that you don’t get the long-tail value with some clients. That is, some advertisers get 50% of their revenue from 80% of their products. Not including these products will limit your potential, but then again, it may be worth it.

Never Begin with Smart Shopping, but…

Consider it for countries with low volume or where you’ve had a tough time getting off the ground.

The reason we don’t advocate for starting with Smart Shopping is because, time and time again, we’ve seen insane CPC spikes in the initial week, and it often takes a couple of weeks to settle in.

But, on the other hand, Smart Shopping can be a great way to run Google Shopping in countries as tests. I know it’s against what I said above (because it’ll waste money initially), but, if you want to get into multiple countries to gauge ROAS, actual search volume, and conversion rates, then Smart Shopping is a super low-maintenance way of doing so.

Just because I’ve mentioned that you should start in new countries with a simple Google Ads setup doesn’t mean you have to run it like that forever.

Once you see traction, the sky is the limit.

Here’s how our internal framework looks for expanding into new countries in the EU.

There are plenty of advantages to automating your bidding, and Google’s own Smart Bidding has become very effective in recent years.

With that said, I still think that launching in new countries with Google Ads benefits from a static bid in the first two to four weeks—or until you have sufficient data.

Google’s Smart Bidding has a tendency to decrease.

Then you can say that you can use “maximize clicks,” but it’s deceiving. Clicks on mobile are cheaper than desktop and often convert at a lower rate. So, yes, you’ll get more clicks, but that’s not the actual goal.

The goal is revenue.

Starting out with a manual bid will help you allocate your budget to the right products/categories/brands.

I’ll help you understand the dynamics of the new country.

Within two to four weeks, when you’ve seen traction in some campaigns, you can start switching to automated bidding.

The goal here is to automate in new countries. Managing bids manually across multiple countries should only be done in rare cases as it A) is time-consuming or B) results in poor performance.

I wanted to touch on a few different scenarios that we work with when expanding into new countries in Europe.

One new country at a time
This is ideal, and it is what we would like to steer most of our advertisers towards—especially in cases where it’s the first European country a business is expanding into.

Two to five new countries
We don’t like it, but, at times, it’s a necessity. Putting all your eggs in one basket might be a tough sell, and we need to get the data across multiple countries to see where we should go all in.

Just make sure you understand the dangers of spreading your ad spend and efforts too thin.

All of Europe
A heavily automated setup with just Google Shopping can be a solid initial strategy if you have one store for “all of Europe.”

You send out a lot of bullets and see what works.

The countries with the best performance are then expanded upon in Google Ads and from your end (e.g., payment gateways, translated websites, dedicated customer service, etc.)

Special notes about the UK and Germany
Competition in these two countries is massive, so any entrance should be thoughtful and preferably undertaken one country at a time.

We had to include this internally because, for instance, we were taken aback by how many times somebody tried launching a store in Sweden without Klarna. (For our US readers, Klarna accounts for 90% of online revenue in Sweden. It’s simply a must for success).

There are many things to consider when launching in a new country, but the following four are the sheer basics in our opinion:

Before I expand, I want to touch upon friction. Friction in eCommerce is defined by how many “friction points” you run into as you try to complete a sale.

This is everything from what payment options you have to usability on a website.

However, if consumers have a lot of options, then they will not go through any hoops.

So, as I describe the next steps, keep in mind that it’s not always necessary to adhere to all of them if you are sincerely the best option, despite not translating your website into the local language, etc.

For almost all countries in Europe, you’re going to reap more benefits by having a locally translated website. Websites in English generally convert at a lower rate than localized websites.

Like the example with Klarna, each country has specific needs for payment options. In Denmark, you need to accept the Danish version of a credit card called Dankort, and the option for mobile payments, MobilePay, is very important.

In the Netherlands, the preferred payment method is iDEAL. It’s not a credit card and not really a bank transfer.

In Germany, PayPal is the preferred method, with invoicing (!) as a second choice and credit/debit cards a distant third.

In Sweden, you can’t do eCommerce without Klarna.

I could go on. But you get the idea. Expand into Europe with just basic credit card options, and your success will be limited.

This is especially important to note for existing European eCommerce businesses that expand into other European countries.

I often hear things like: “Well, there are more people in Sweden than in Denmark, so if we can just get to 25% market share in Sweden, we’ll have a great business case.”

Often this is thought of as easy. We have success in Denmark now, so moving into Sweden (or other countries) will be easy as well. We’re just copying a successful concept for a similar consumer base.

The one thing that isn’t being considered in this scenario is the competition. Some countries in Europe have fierce competition in certain markets. Launching in those countries is obscenely hard and can’t be underestimated.

This brings me to my next point.

Combining tougher competition with customers’ lack of awareness about your brand can mean your marketing falls flat on its face.

All the brand awareness you’ve built in your native country is worth nothing in the new country.

This quickly gets tricky. It means your otherwise effective marketing campaigns will be a lot less effective in the new country. You’re in for a long haul of building your brand awareness again.

Evaluate the Barriers and Idiosyncrasies of the Local Market

Return rates in Germany can be as high as 50–70%. So, if you don’t build returns into your ROAS calculations (or your operations), you’re going to go bankrupt quickly.

Finnish is a language closer to Chinese than English. So, there’s that.

And again, I could go on.

Expanding into Europe or into more countries in Europe is a major growth opportunity for eCommerce businesses.

But it’s not as simple as “translating the website and finding a shipping provider.”

You might be able to gain a little bit of traction in new countries this way but not always, and you’ll never be able to reach your full potential.

We’ve had clients over the years who have seen vastly more growth after they have reined in their adventures across all of Europe and focused on a few key countries. Why Q4 2021 is different for eCommerce, and what to do about it